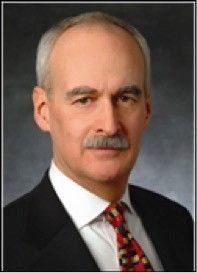 Currently, Bill serves as a Director and Vice President of The Children’s Heart Foundation. He has also served as a Director and as the 2011-12 Chairman of the National Board of Directors of the American Heart Association. From 2013 to 2017, he served as the Chairman of the Strategic Advisory Committee of Voices for Healthy Kids, the national advocacy coalition supported by the Association and Robert Wood Johnson Foundation. He continues to serve on numerous committees of the Association’s National Board. Bill has served in numerous national and local bar associations and is a former president and founding director of the Illinois Association of Hospital Attorneys. He earned a B.A. from Columbia University, a J.D. from Vanderbilt University School of Law and an M.S. from the Health Law Program of the University of Pittsburgh. At Vanderbilt, he was a Patrick Wilson Scholar. He served as an Illinois licensed Emergency Medical Technician from 2002 to 2005 and is a Vietnam War veteran, having served as an officer in U.S. Navy on active and reserve duty from 1967 to 1973.