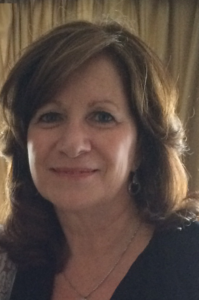 Cathy became interested in The Children’s Heart Foundation when her grandson, Caleb, was born with several congenital heart defects. She had gone to a few of their events during the last three years always hoping for a way to help out and was excited to learn of the position opening up as treasurer. In 1979, she earned her Associates Degree in Accounting from Suffolk County Community College and has been working doing bookkeeping ever since. She  worked part time doing bookkeeping while raising her four children and eventually switched to full time when her youngest started first grade. She currently works as a bookkeeper and office manager for a concrete manufacturer out east. During her years as a girl scout volunteer for her daughter’s troop, she became North Babylon service units treasurer and then their coordinator. These positions involved not only handling the service units finances but also planning and organizing their many yearly events, some of which were fundraisers for Suffolk County Girl Scouts Council. Her interests are piano, boating, gardening and reading.