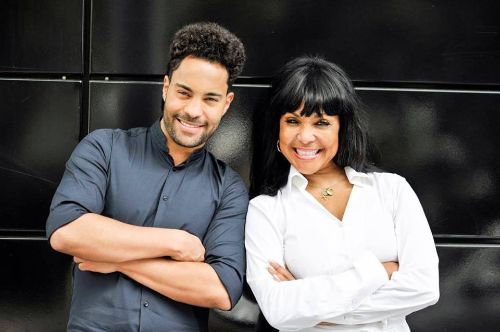 In the summer of 1984, I, a Black American young woman, uprooted myself from my family, my home, my friends, from life as I knew it, married a German man and moved to his country. I didn’t understand the language–at all–and I didn’t know anyone other than my husband, Helmut. We were both over the moon with excitement because we were expecting a baby.

I had all my regularly appointed prenatal tests which all revealed that everything was fine with me and our baby, Marc. The electronic printout of his fetal heart rate–which I still have to this very day–indicated a strong, steady and normal heartbeat. With ten fingers, ten toes, big almond eyes, our baby was perfect!

Upon my release from the hospital 12 days after delivering Marc –back then, some thirty years ago, when a woman had a Caesarean section in the hospital in Cologne where I’d delivered Marc, she was required to stay in the hospital that long– the doctors told Helmut that they’d made an appointment for the following day, at the University of Cologne Pediatric Heart Clinic with the chief cardiologist, to examine Marc. They weren’t sure if his skin color appeared a little blue and if it was, they weren’t sure if it was because of my skin color.

Sure that everything was fine, I didn’t want to go for the appointment– I’d had 9 months of checkups and everything was fine, and now Christmas was right around the corner and I was convinced this first Christmas in a new world with my new family would be the most glorious of my life, but then I decided that maybe this extra checkup was just the German way of doing things. After all, they did tell my husband that there was no need to worry; it was after all “just a checkup”…and so we went.

What happened in the clinic the following day changed my life.

The chief cardiologist silently began to zig-zag the scanner of the ultrasound machine across my baby’s chest. He never uttered a word as he conducted his exam.

Finally, a half hour later when he broke the silence, he looked to Helmut and said something I didn’t understand. Helmut released an anguished sigh, slumped in his chair and then looked at me and whispered, “Something’s wrong.” And I stepped over the edge into hysteria.

We were instructed to leave Marc in the hospital overnight; the Professor would carry out more tests including a heart catheterization the following morning. Though I didn’t know what a heart catheterization was, I tried through my shock to convince myself that things couldn’t be as bad as the doctors said. They couldn’t be! This was my baby! I’d had all the checkups!

Well, the catheterization results were nothing less than horrifying: Marc was born with a single atrium and single right ventricle, mitral atresia, and pulmonary atresia; basically, only half of his heart as well as with Heterotaxy Syndrome whereby the internal organs are arranged on the wrong side of the body.

Upon receiving this news, I began screaming and crying, begging Helmut to tell the cardiologist that Marc wasn’t sick, that I’d had all my checkups, to call the gynecologist because he’d assured me that everything was fine. It was then that I found out that the Professor had a basic command of the English language; he cut off my tantrum by saying, “Your son is so ill he can die at any moment. There is no surgery to save him. You must accept this. You must leave him here in the hospital so he can die peacefully. There is no hope for him. He was born, incompatible with nature.”

I struggled with that statement and still struggle with the horror of its sound to this day, but at the time I had to come to grips because day after day after day went by and Marc didn’t die and didn’t die and didn’t die. Before it dawned on me what was happening, I had fallen into a routine of spending 20 hour days and nights in the hospital nursing him. Loving him. Mothering him. Willing him to live. All under the stares of the skeptical eyes of the hospital staff, but that didn’t matter because with each breath Marc took, my belief that I had to give God a hand in this miracle grew stronger and bigger, and deeper and wider, and more unwavering and more determined by the minute.

And despite the prognosis and the difficulties, today, Marc is thirty-four years old and loves his life.

I have detailed our journey in my award-winning book, Incompatible with Nature – A Mother’s Story. I didn't plan to write this book. It came together as a result of my daily note taking in the hospitals. Because I didn’t understand the language, was alone, and certainly didn’t understand the situation– this was my only way of keeping track of what was happening with my baby. And then one day I realized that it was so extraordinary what I was going through, and demanded such strength and courage from me, that I thought I should share my story in the hopes that I can inspire others to hang in there when dealing with their own challenges.

I'm just an ordinary girl, and if I could find the wherewithal to fight for my son's life alone in a foreign country, where I didn't understand the language– then I want ALL heart warriors to know that they've got what it takes to fight the good fight! 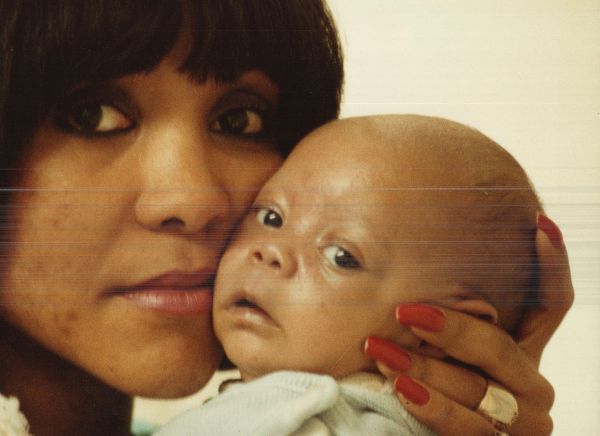