Jovie’s Story: Though she be but little, she is fierce 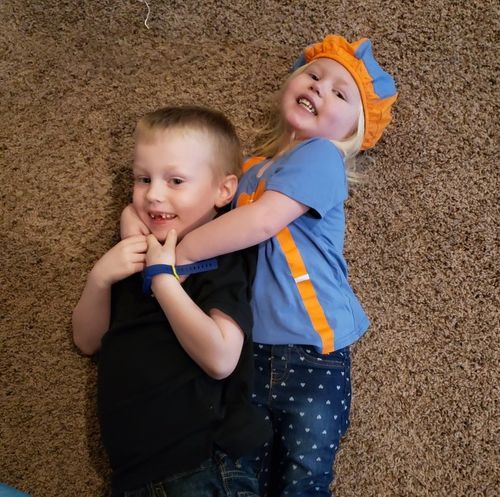 Though she be but little, she is fierce.

In many ways, these eight words tell the life story of Jovie, a three-year-old heart warrior from Arkansas.

“Jovie’s story really starts with her older brother, Jeremiah,” shares her mom, Jennifer. Two days after Jeremiah was born, doctors discovered he had coarctation of his aorta that required surgery at just 15 days old.

Now six years old, Jeremiah is an active first grader who loves baseball, four-wheeling, and his yellow lab, Ruger. But without a solid explanation for Jeremiah’s condition, doctors told Jennifer and husband, Josh, that future pregnancies would involve a battery of fetal echocardiograms and tests.

Treatment for HLHS often involves a series of complex heart procedures: the Norwood, the Glenn and the Fontan. If unsuccessful at any point, a heart transplant may be required.

When she was just six days old, Jovie underwent the Norwood procedure at Arkansas Children’s Hospital. And after she had the Glenn procedure at five months of age, her parents expected the Fontan would be next.

“Then one night my mom called us because she had been on the HLHS Facebook page. She asked if we knew about the biventricular recruitment and reconstruction procedure and wondered if it would be an option for Jovie,” Jennifer says. “We didn’t know anything about it, but we looked into it and shared information with Jovie’s cardiologist, Dr. Best.”

Biventricular recruitment and reconstruction is an innovative procedure currently being performed by only two surgeons in the United States—Dr. Sitaram Emani at Boston Children’s Hospital and Dr. Jorge Salazar at Children’s Memorial Hermann Hospital in Houston. Essentially, it involves rearranging the connections of the child’s heart, converting a heart with a single functioning ventricle into a normal heart with two functioning ventricles.

Houston is within 450 miles of Little Rock, so Dr. Best contacted Children’s Memorial Hermann Hospital. After sharing Jovie’s MRI and talking with Dr. Salazar, Dr. Best had good news for the Stultz family.

“Jovie was born with about 75 percent of her left ventricle and had a decent-sized mitral valve—two keys that made her a good candidate for biventricular recruitment,” shares Jennifer.

She was officially accepted as a patient, and Josh, Jennifer, and Jovie would make the eight-hour trip to Houston in January.

“They do the recruitment first, where they go in and change the plumbing a bit to force more blood into the left ventricle, which will force that and the mitral valve to grow,” Jennifer explains. “If that works, she’ll go back in about a year to have her heart reconstructed as a full, four-chamber heart.”

“Since my parents live in Little Rock, my mom stayed with my son and Jen’s mom came with us to Houston,” notes Josh. “The time apart was hard on our son, as he hadn’t been away from us for very long at a time, but he had to stay back since he was in kindergarten.”

Communication via Skype, Facebook, and phone calls filled the 28-day separation, which was nearly twice as long as the family was expecting.

“The bivent didn’t all go smoothly, and it ended up with four trips to the operating room or cath lab, a pacemaker installation, and two days with a full-blown open heart,” adds her dad, “but she’s back and she hasn’t let it slow her down,”

Just this month [September 2020], Jovie had a catheterization to see if her heart had grown enough to move on to the next part of the process. Thankfully this time there were no road trips required. The procedure was completed at Arkansas Children’s Hospital, where Dr. Best worked with Dr. Salazar and team as they connected virtually.

The catheterization revealed some growth in Jovie’s heart, but it wasn’t enough to ensure she’s ready for the reconstruction. Still the Stultz family is hopeful. In coming months, Jovie will have another procedure to see if there’s been sufficient progress for them to return to Houston, where Dr. Salazar will hopefully complete the reconstruction and give Jovie a full, four-chamber heart.

If not, they will likely look to the Fontan procedure. “Before we found out about Dr. Salazar, we had learned about Dr. [Mark] Rodefeld’s blood pump,” explains Jennifer. “If we do need to go with the Fontan, that gives us hope in other ways.”

Originally funded by a research grant from The Children’s Heart Foundation and now supported by a $5 million grant from the National Institute of Health, Dr. Rodefeld’s Fontan Blood Pump is a device that simulates a heart pump and could reduce the need for heart transplants in children with HLHS.

As they wait, Josh and Jennifer live each day with hearts that hope.

“With Jovie and Jeremiah, our hearts are hopeful that our kids will have a future,” Jennifer says. “They are heart warriors, so they don’t have a choice. They have to be strong.” 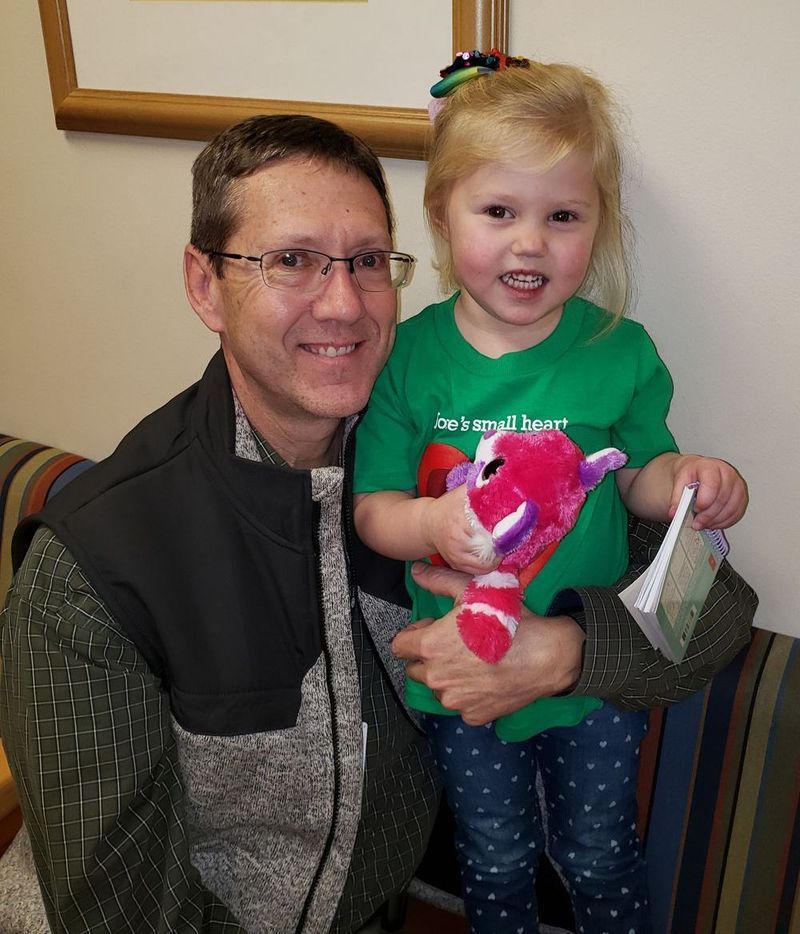 This is Jovie with her doctor at Arkansas Children's Hospital, Dr. Best.